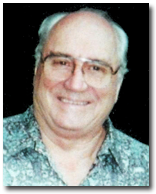 Ken was born on a 100 acre Hill-Billy Tobacco farm during the depression of 1932 to Norman & Mary Smith, and was named after his father: Smith Family. The family roots were with the Episcopal, Church of the Ascension in Frankfort, KY. He enjoyed singing as a boy soprano at that church and later at Saint Paul’s Cathedral in Los Angeles than with the Roger Wagner Choral. Praising God touched Ken deeply and prepared his heart to later to really give his life to Jesus Christ as both Savior and Lord. On April 28, 1955, a young man, Floyd Ayers, age 19, through his example introduced Ken to the King of Kings in Long Beach, California. Floyd’s life was a walking testimony of God’s wonderful grace. Later in the Navigator’s Ken learned the importance of the Holy Scriptures. The Navigators is a powerful evangelical ministry for learning basic foundational scripture and doctrine. The Baptist church then became Ken’s home for a decade. After that, he was off to the Holiness Church for a couple of years to learn about sanctification. These were good years in learning of grace and holiness. In 1968 the power of God came into his life by the Holy Spirit to help Ken lead others to find salvation and deliverance. This experience came through the example of Marvin Langenberg, President of the Full Gospel Businessmen’s Fellowship International. Marvin was a painting contractor and spent more time ministering toKen about Jesus and the Holy Spirit than he did on the contract for painting Ken’s home in Oregon. It took Marvin 6 months to finish painting his home and to help Ken in receiving the wonderful gift of the Holy Spirit. From that time on Ken was blessed with helping many souls to be set free by His power. During that time Ken became aware of the deep need for Truth in Love to find, Unity, Holiness, and Power to the Glory of the Lord Jesus Christ.

1968 Zion Lodge, A seventy-acre ranch in Dexter, Oregon was set up as a halfway house for hippies seeking a change of life. Basic Christian New Testament principles were used for foundation and instruction. Roads were constructed, buildings erected, wells dug, septic tank installed and many young people came from all over Oregon and California to just have time with our Lord Jesus.

1969 Shiloh Ranch, Ken helped organized Shiloh Ranch with John Higgens and turned over the Zion Lodge property to become Shiloh Ranch of Dexter OR. In the beginning, the ranch was under the covering of Calvary Church, Costa Mesa. This was a very beautiful meadow with a small pristine trout stream. Many souls came into the Kingdom through this effort.

1970-71 Lighthouse Ranch, Table Bluff Lighthouse (A retired Coast Guard Station), 7 acres south of Eureka, CA. was purchased by Ken. This facility was set up as a halfway house for hippies seeking spiritual change. The ministry later became Gospel Outreach of Eureka, California. Many souls found their way into the Kingdom of our Lord out on this cold windblown bluff. Many stories to tell here, many disciples were trained.

1971-75 Fellowship of Christian Pilgrims, This ministry was an outreach to troubled hippy youth who made their way to Hawaii. This effort grew to 20-30 halfway houses and an unorganized mission covered by the Episcopal Church of Hawaii. The ministry applied for and received 501(c)3 status from IRS in 1973 The ministry was located in Kailua-Kona, Hawaii till 1975 with missions in Honolo, Hawi, Kamuela Hilo, Maui, and Honolulu. With the Shepherding Movement, the ministry fell apart. The Fellowship of Christian Pilgrims became a ministry to the Street People in San Piedro, California for many years but is now inactive.

1975-79 Church of the Pacific, The Tradewinds Restaurant was purchased in Kailua-Kona by Ken and made into a Church on 1 acre in the center of town. This property had 25 small apartments. The ministry again helped many to came to the Lord but the stress of the physical buildings, in the end, was just too much. The ministry becomes a normal Sunday Morning Church and discipleship training center. Much freedom of momentum was lost due to the debt load, this ministry crashed in 1979 and the remaining funds were stolen.

1982-91 Hale Halawai o Holualoa, This decade was focused on the restoration of a historical 1856 Hawaiian Congregational Church built by John D. Paris. It was an excellent ministry with a beautiful location. One acre right on the Ocean. For eight years Ken was the Kahu but due to his wife’s health, he resigned in 1991. His wife Ann went to be with the Lord in 97, due to cancer. There was also pressure due to confrontations with some Masons and U.C.C. members and the United Church of Christ denominational headquarters in Honolulu concerning masonic & homosexual issues, connections, and affirmations. Ken was able to set up the 501(c)3 status with IRS for the Church, and also secured a 25-year lease from the State of Hawaii and grants for the restoration of the church. Hale Halawai o Holualoa. The Church is now a Hawaiian Congregational Church actively sharing the gospel with an excellent mature spiritual pastor and elder, A must goto see on any visit to Kona.

1999- Trinity Fellowship International, is a ministry seeking to become an Internet Spiritual Teaching Resources. The vision is to help share with church leaders the ethos of the Early Church, “Keys To The Kingdom” was written to help with this Vision of helping churches return to the power of the Early Church. The Inn known as Pilgrims Inn is available to help disciples with understanding the principles of God’s Truth in Love, found in John 17 and Eph.4:1-16 as to unity, holiness, accountability for the release of Power in the Holy Spirit. Gatherings each week are Saturday evenings for House Church. There is presently a Christian woman staff opening. For further information please call 808-329-1123.

Completed 2 years of training for Hawaii Congregational ordination. Received full ordination as an Hawaiian Congregational Minister on March 28, 1987.  Attended continuing education for 3 years with CELT I, II & III (Christian Education Leadership Training).   Ken was the restoration Pastor or (Kahu) for Hale Halawai o Holualoa from 1984 to 1991.

Ken Chartered Trinity Anglican Episcopal Church, Celtic Rite in Hawaii under Bishop Robert Harold Hawn on September 16, 1996. The Bishop passed on to be with the Lord on January 21, 1999 with the request that a new ministry be formed to take over the charter and assets of Trinity A.E.C. of Hawaii.   A request an application was made for a non-profit Corporate Sole for Ecclesiastical Purposes to the State of Hawaii on January 26, 1999. This application was approved By the State of Hawaii for Trinity Fellowship International on February 8, 1999.   Also as per IRS procedures an application was made and approved for an identification number: EIN 99-0342244.   And an application for a 501(c)3 determination for Trinity Fellowship International was submitted to IRS on 6/14/99 and approved on July 31, 1999

Ken was consecrated Abbot +John on July 5, 2003 by ++Paul, +Jerome and ++Mar Melchisedec of Christ Catholic Church Int. https://cccint.org/ Also in December of 2003 Ken was granted an earned ThD Degree from St. Zadok Seminary of Poland for His work on “Keys To The Kingdom” and an honorary DD degree from St. Elias Seminary in Seward Nebraska.

Dr. Smith’s pilgrimage in Christ Jesus has been very ecumenical. There are beautiful truths in each denomination and ministry with teachings about our Lord’s love, holiness and power. Our Lord has a desire to see a new wine skin gathered with new wine that His Kingdom and Church might be fulfilled in Truth and Unity in these last days. Nothing good is to be set aside and that all given in His name will be used with nothing wasted.  He purposes to slaughter the Sacred Cows that were brought into His Church out of Egypt, Rev.17 – 18.  The power of God will be released as His Saints come into one mind and one spirit (Eph. 4:1-16).  So please pray with our Lord for that special unity that our Lord prayed for in John 17.  The King is coming, it is time for the Bride to make herself ready, Rev. 19:7.

“Verily, verily, I say unto you, Except a corn of wheat fall into the ground and die, it abideth alone: but if it dies, it bringeth forth much fruit. He that loveth his life shall lose it; and he that hateth his life in this world shall keep it unto life eternal.” John 12:24-25

My mission is to help prepare for the Lord’s return by finding, sharing and upholding God’s Holy Truth to His disciples in the building of the Bride and the Body of Christ.

Trinity Fellowship International seeks the rejected and discarded parts of the Body of Christ for healing and to be fitly joined and compacting together according to His balanced teachings concerning love holiness and power as found in the writings of the prophets and apostles of our Lord Jesus Christ.